If you’re a marketer looking for the best ad server to run your ads, you might have wondered if you should choose an open source or hosted ad server.

But before that, what are ad servers really?

You may have wondered how ads appear across the websites, apps & platforms you visit. These are usually publishers, who provide ad space for advertisers to show ads and target their audience. Behind this is the ad placement server, which serves the ads to a target audience.

Ad servers play a crucial part in digital advertising. It allows advertisers to manage, test, optimize, and replace ads that they serve.

Let’s go through what an ad server does.

What Is An Ad Server?

An ad server is a technology platform used to manage, serve, and track ads.

Used typically by advertisers (although there are ad servers for publishers too), it helps them target and serve ads to multiple platforms, including ad networks and DSPs – all while tracking & optimizing under a single advertising platform. 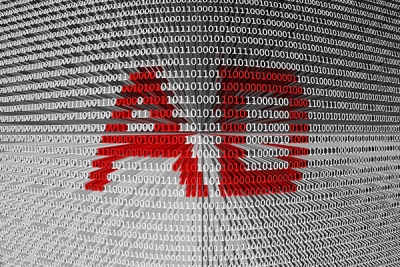 Imagine the world of digital media buying without ad servers.

For an ad campaign, a media buyer would have to manually contact a publisher to negotiate, create compatible ad formats and sizes, insert ads, and track and optimize. While this approach might work if the ad request requirement was to serve ads on one or two sites, imagine the workload if the need was to serve ads on hundreds of sites at once – each publisher with their creative ad requirements and measuring capability.

Enter the ad server to solve this problem.

With an ad server, the advertiser simply uploads his or her ad, social media, Facebook, or video ad, sets targeting rules into the ad network, and serves on multiple websites and apps using a single “ad tag.” Then, as the campaign runs, they measure and optimize the performance of their ads right in the ad server dashboard in real-time without having to contact every publisher for changes.

What Is An Open Source Ad Server?

An open source or self-hosted ad server is ad server solutions that you host on your own server. While the server script or system is usually free these days, you have minimal options when it comes to open source ad servers.

What Is A Hosted Ad Server?

A hosted ad server essentially means an ad server software that is maintained or sold as a platform by an advertising network company. You simply subscribe and start using it without having to do much technical setup.

Hosted ad server companies usually have a dedicated support team that you can depend on for help, customization, and updates.

Which Option Is Better And Why?

The problem with open source ad servers is that they barely get updates and are often buggy – something you want to avoid when running a critical advertising campaign.

You may perceive that choosing an open source ad server means extra savings, but don’t forget the other costs involved. For instance, to set up and maintain an ad server, you would need to hire a team of engineers. And while mobile ad server scripts or systems may be free, you still need to invest in a capable server to host the ad server, which isn’t exactly cheap, either.

This is why most advertisers, marketers, and media buyers turn to hosted ad servers. Besides its reliability and guaranteed uptime, advertisers see choosing hosted ad servers as a smart decision as they can entirely leave the technical work to the ad serving company and put more focus on the actual media buy and campaign strategy.

Here’s a list of hosted ad servers to consider for your next ad campaign. 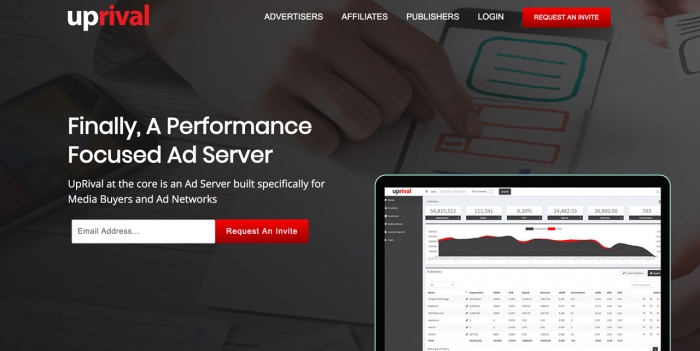 UpRival is a leading advertiser-centric ad server, built to address media buying challenges – such as reporting accuracy, GDPR compliance, advanced targeting options, and the ease of making the latest ad formats that perform.

Setting up an ad campaign in UpRival is quick and should take you no more than two minutes. Whether you’re serving display, native, or video ads, you’ll be pleased to find performance-ready ad templates, which you can use immediately.

When choosing an ad server platform, it’s essential to look at its compatibility with major ad exchanges and DSPs. This is where UpRival shines, where it’s Google & Oath certified, among other major DSPs.

There is also a white-label solution that allows you to rebrand the entire ad serving platform with your logo, color, and domain – making it a top choice for ad agencies who want to present reports to their clients with a branded ad server. 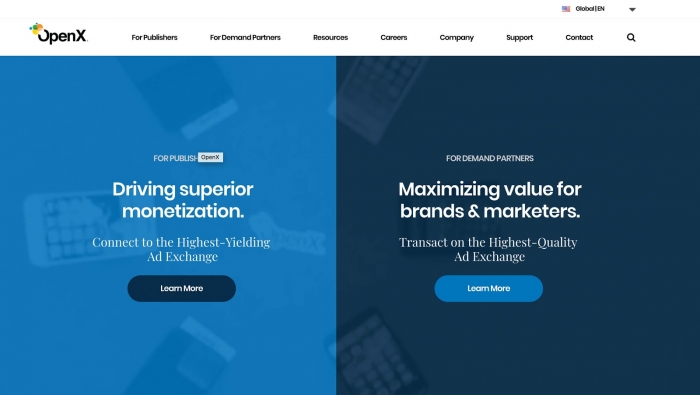 The OpenX ad server is a pricier solution that aims more towards publishers, with a minimum of 10 million impressions per month. More than just an ad server, it’s also integrated to OpenX ad exchange where advertisers can buy ad inventory, and publishers can sell their unsold inventories.

OpenX channels feature the ability to do micro-targeting, concise campaign reporting, and allow users to access up to 12-months of historical analytics data.

Although the OpenX source has 24/7 support for customers, it’s not exactly an ad server for those who are just starting up. There is a setup fee of $1,000 and a monthly minimum bill of $1,200 to use the OpenX market. 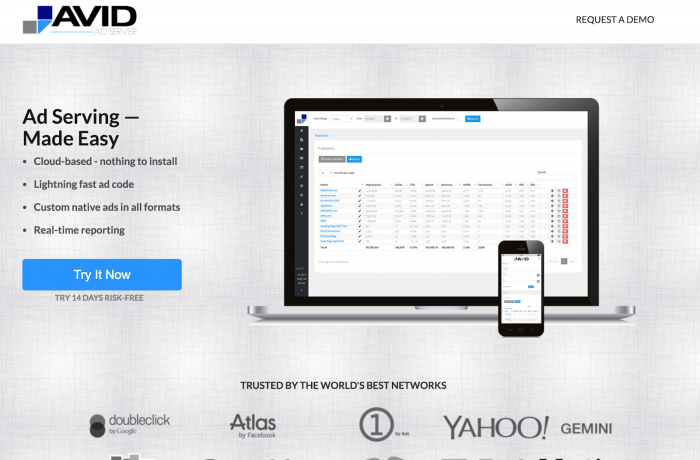 Avid is an ad management platform and ad server for advertisers, publishers, and affiliate marketers. It guarantees a 99.9% uptime, easy setup, support for HTML, and a rich media ad. If you’re an agency, you’ll be pleased to find that Avid is also a white-label ready platform.

There is support for mobile ads in mobile web & in-app environments, with highly detailed targeting & tracking. You can set targeting options to target your ads such as geo-location, browser, device, IP address, mobile carrier, day-parting, and more.

Where it falls short is in ad format & creatives, where there’s no built-in ad creator. Instead, Avid offers downloadable ad templates that you can use and replace with your own creative designs and code.

Google Ad Manager is a unified ad platform of what used to be DoubleClick for Publishers (DFP) and the DoubleClick Ad Exchange. This unification (June 2018) was made along with the rebranding of Google Adwords to Google Ads – an attempt to simplify their solutions for advertisers & publishers.

Back then, DoubleClick used to be an ad serving platform for publishers to sell ad inventories. Moving into an ad landscape where Google believes all media buying should be programmatic, they introduced Ad Manager. They integrated everything under a platform, thus breaking away from standalone ad servers and supply-side platforms (SSPs).

Google Ad Manager is made for publishers who want to monetize through Google ad exchanges on placements where users are engaging, such as AMP pages, mobile games, live streams, connected TV and YouTube, and Apple News.

As mentioned earlier, you don’t have as many options for open source ad servers these days, probably due to fewer marketers using them. Here’s a popular one that has been around for some time: 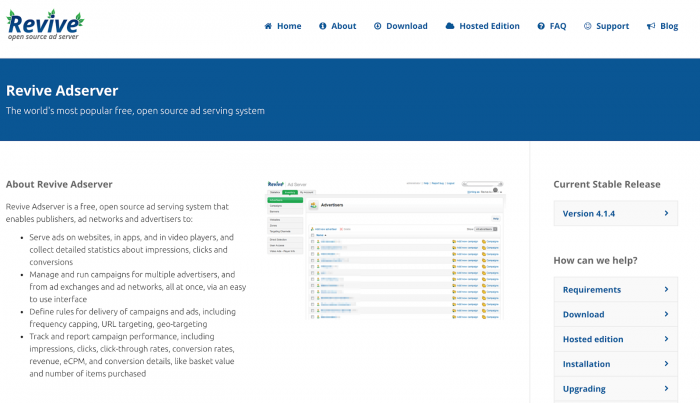 Revive Ad Server is made for advertisers, publishers, and ad networks. It’s, in fact, an ad server script that allows you to manage multiple ad campaigns at once, featuring basic targeting options such as frequency capping, geo-targeting, and URL targeting.

A reporting dashboard is included within the ad serving script. You still have to purchase plugins to add sophisticated reporting, such as reporting on country statistics, map statistics, or frequently viewed banner lists, to name a few.

While the Revive ad unit is free to use, its ad serving options utilize vast server resources, so you will need to get a server with enough space and bandwidth limit, and ensure all technical requirements are met to ensure smooth ad serving.

On another note, Revive has announced that they will be rolling out their own hosted ad server version which, was due to launch in Q4 of 2018. However, as of the date of writing, we’ve not seen it launched yet, except for a Revive ad server demo.

That being said, there are still some merits in choosing to set your own ad server up with an open source ad system.